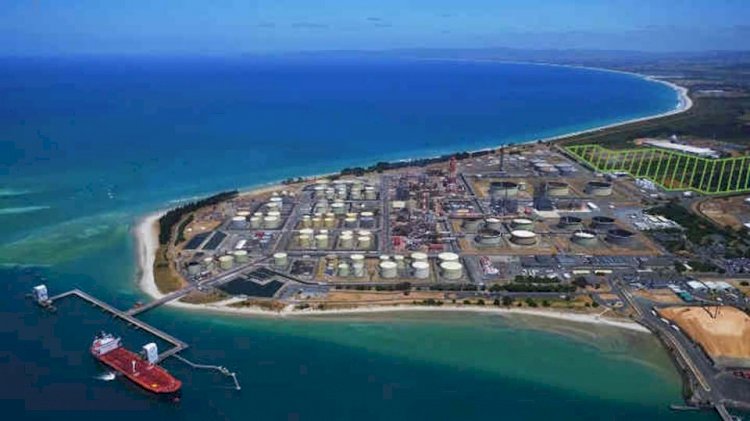 On 22nd November, it was announced by Refining NZ that its Marsden Point oil refinery will become an import only terminal starting April 2022, after company secured a long-term supply agreements with its key customers.

The company announced that its board signed off on its transition to a business that will instead help distribute pre-refined fuels imported from overseas.

The transition of the company to an import only terminal will result in lose of 240 jobs out of company’s 310 jobs at the site. However, a company spokeswoman said that some of the displaced workers will be kept on for up to two years

Naomi James, CEO, said “Today is a momentous day in the journey to transition our business from operating as a refinery to an import-only fuel terminal. After 60-years of operations as New Zealand’s only oil refinery, we look back on the past with pride and look to the future with confidence that our business will continue to contribute to our community, and New Zealand, long into the future.”

Naomi James further added, “I want to acknowledge the professionalism and dedication of our whole team over the past 18-months throughout the strategic review, refinery simplification, lockdowns and preparations for conversion – the team have continued to quickly adapt to overcome these challenges while ensuring that we can safely supply New Zealand with its fuel needs.

The closure of the refinery became increasingly apparent, when since Refinging NZ announced a review of its refinery operations in April 2020, that the refinery was destined for closure. A glut of fuel supplies globally, combined with the impact of Covid-19 on refinery output, pipeline fees and plummeting demand for fuel are said to be the major factors behind the transition of the refinery to an import only terminal.

“We are pleased to reach this key milestone. I want to thank all of those who have been involved with reaching this point and delivering a clear path forward for our Company. At the same time, our dedicated workforce have continued to work hard every single day to ensure the safe operation of the refinery – made more difficult by the ongoing COVID disruptions – and I pay tribute to their commitment,” said Refining NZ Chairman, Simon Allen.

The conversion of the terminal is expected to cost between USD 200 million to USD 220 million over the next five to six years with around USD 60 million spent on demolition. The company statement also read that the fees for fuel storage would generate an annual revenue of around USD 95 million.

Nvidia recorded a jump of 55% in its data center sales amid growing demand for AI...

Saudi Arabia Modular Kitchen Market to Grow at a CAGR of...

Zomato will add more cities to its Intercity Legends service

Canada Tire Market to Grow at a CAGR of 5.3% during Forecast...

Global Treadmill Ergometer Market to Grow at a CAGR of...

China looking for revamping its wine production setup in...

Ningxia’s Helan Mountains area are aiming to produce over 600 million bottles that...

MICROSOFT TO BE CARBON NEGATIVE BY 2030

Microsoft aims at eliminating more carbon from the atmosphere than it emits in a...

Negative pressure wound therapy market is flourishing owing to the increase in the...

Biden administration recently called Congress for raising the debt limit for this...