Southwest Airlines is being sued by shareholders for a catastrophic flight

On Thursday, investors filed a lawsuit against Southwest Airlines Co., accusing the airline of dishonestly hiding issues that resulted in an operational meltdown and more than 15,000 flight cancellations last month. 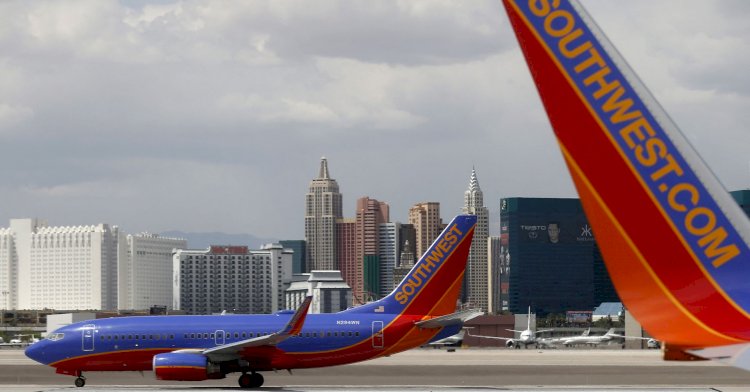 On Thursday, investors filed a lawsuit against Southwest Airlines Co., accusing the airline of dishonestly hiding issues that resulted in an operational meltdown and more than 15,000 flight cancellations last month. Southwest publicly minimised or omitted to disclose significant flaws in its flight scheduling software technology, claims the proposed class action lawsuit filed in federal court in Houston. Additionally, according to the lawsuit, Southwest failed to address how its "point-to-point" route structure, which differs from the "hub-and-spoke" arrangement at other major U.S. airlines, could make it more susceptible to unforeseen inclement weather.

Southwest's comments regarding its operations in regulatory filings and in a media appearance by former Chief Executive Gary Kelly were deemed "materially incorrect and misleading" by shareholders led by Arthur Teroganesian. According to Teroganesian, more than $2 billion in shareholder value was lost as a result of Southwest's share price dropping by 10% between December 23, 2022, and January 3, 2023 when the truth came to light.

Requests for comment from Southwest did not immediately receive a response. Along with the airline, Kelly, his successor Bob Jordan, and the chief financial officer Tammy Romo are also named as defendants. A severe winter storm that swept through the United States shortly before Christmas caused Southwest, located in Dallas, to lose control of its flight operations. By Dec. 30, the airline had virtually returned to regular operations, many days after other carriers had. The complaint filed on Thursday asks for unspecified damages on behalf of Southwest stockholders from June 13, 2020, the day the Baltimore Sun published an article regarding the carrier's computer issues, to December 31, 2022. Southwest has also been sued for allegedly failing to issue refunds to travellers impacted by the weather in December. The carrier has promised to handle refund processing and expenditure reimbursement. Jordan stated in a Thursday interview that Southwest was reviewing all of its operations to prevent a repeat of the catastrophe. It simply cannot occur again, he said.

GE HealthCare Announces its Initial Acquisition as a Standalone Business

Vistara will merge with expanding Air India following the...

The developer also stated that the company has been undergoing negotiations for...

The Cleveland-Cliffs is the United States biggest and oldest independent iron ore...

Japanese Nikkei 225 Index has been registering a decline...

Tech stocks have been hit hardly amid increasing yields as the increasing rates...

European Commission stated Apple Inc. has misused its position as a dominant player...