Due to growing input costs, top milk producers Amul and Mother Dairy have announced a price rise of 2 rupees per litre starting today. Both brands have raised milk prices twice in the past six months; earlier in March, both had done so by 2 cents per litre. 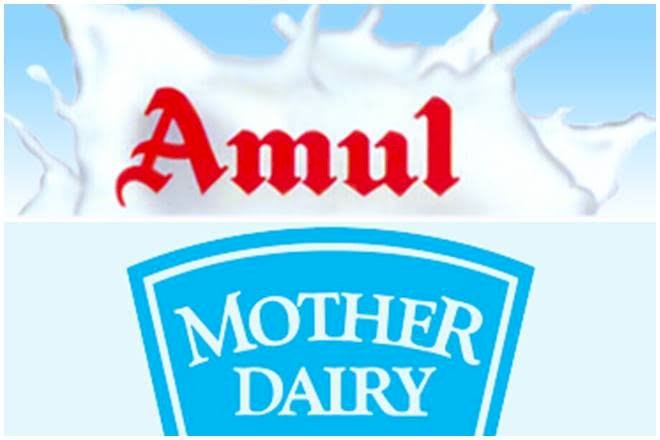 Due to growing input costs, top milk producers Amul and Mother Dairy have announced a price rise of 2 rupees per litre starting today. Both brands have raised milk prices twice in the past six months; earlier in March, both had done so by 2 cents per litre.

On August 16, the Gujarat Cooperative Milk Marketing Federation (GCMMF), which sells milk and other dairy products under the Amul brand, announced that it had decided to raise the price of milk by 2 rupees per litre beginning on August 17 in Ahmedabad and Saurashtra of Gujarat, Delhi-NCR, West Bengal, Mumbai, and other markets.

According to a statement, the increase of Rs2 per litre will result in an MRP (Maximum Retail Price) increase of 4%, which is less than the typical rate of inflation for food."The increase in operating expenses and milk output is the reason for this price increase. The cost of feeding cattle alone has grown by around 20% over the previous year. Our member unions have also raised farmers' prices by 8–9% over the prior year in light of the growth in input costs "said GCMMF.

GCMMF sells more than 150 lakh litres of milk each day, with Delhi-NCR accounting for about 40 lakh litres of that total each day. The world's largest producer of milk is India.

To build an alumina refinery in Odisha, Adani Group will invest $5.2 billion

Reliance Industries will purchase a 79.4% share in the US company SenseHawk for...

April Inflation rate for the U.S> expected to make a jump...

China’s Tencent looking to keep its investments and stakes...

Elon Musk was awarded these options back in 2012 as part of the compensation plan...

According to ICMR-NIV study, Covaxin Effective against...

ICMR-NIV study reported that Covaxin (Indian-made vaccine) is effective against...

Vlad Tenev said "unacceptable to us" was the situation the company faced in January...

GE HealthCare Announces its Initial Acquisition as a Standalone...

A deal was made for GE HealthCare to purchase IMACTIS, a French business that develops...

Ireland wishes to receive a compromise on the Biden government’s...

Ireland is presently levying a low corporate tax rate, at around 12.5%, and a recent...

.“The authorities’ choice to desert its 2025 gigabit-successful broadband goal inside...

The allowances – new additions to Kotak’s ‘Health to the Power Infinity’ programme...

WazirX announces it has reached USD 5.4billion in crypto...

WazirX, a platform for Bitcoin & cryptocurrency exchange platform, stated that it...